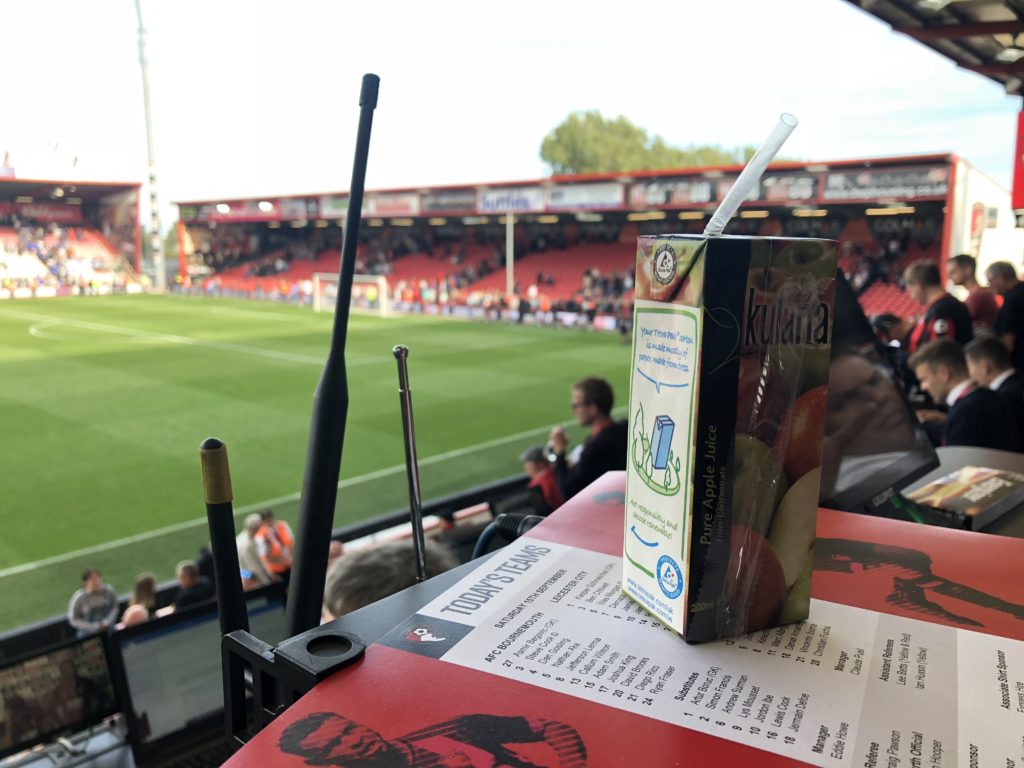 Well this was more than the one step back after two forwards adage, it was a very strange encounter.

The Foxes actually started quite well I though. The defence was strong when tested by Cherries’ frontmen Wilson, King and Fraser but we didn’t know what was to come.

Jamie Vardy squandered an early chance when Maddison’s cross was volled wide by City’s number 9, he later put a picture on Instagram poking at himself “I did connect with the ball” – it dribbled wide and for Vardy’s very high standards it was a good chance to work the imposing Begovic.

Just 4 minutes later Vardy was slotted through by Ghazzal for a tricky one on one which was saved head on by Begovic although replays suggest he didn’t actually touch the ball and Vardy was sent flying, no penalty said referee Pawson who had a busy day.

That’s 2 early chances which had they put them away it could have been a different game but alas they didn’t and with a quarter of an hour gone Bournemouth had the opener. The ball was allowed to bounce and Fraser’s pace left City’s two central defenders for dead before stroking a precise shot into the bottom right hand corner past the helpless Schmeichel (who shipped 4 but actually did nothing wrong in the game such was the lack of defensive quality)

Fraser had his 8 minutes before the break, this one was a left footed finish but Eddie Howe’s men weren’t finished there, a third first period goal came from the penalty spot in the 42nd minute, Ricardo, who had a game for forget, handballed on the left side of the box; Josh King dispatched the penalty.

It could have been worse, Harry Maguire, already on a yellow card for a foul on Wilson in the 12th minute, shoulder barged King just before the half hour but got away without receiving his marching orders, no such luck for Wes Morgan in the second half though.

I should add that Maddison hit the bar in the 34th with a shot from Vardy’s saved effort, somehow Begovic got a hand on it and the ball his the bar.

The City skipper saw red in the 69th for overstretching and catching Adam Smith, he looked to have been endangering an opponent to me, studs up, a dangerous tackle and certain yellow in my view. It was a frustrated tackle for a player who’s team were being out run and were three nil down away from home. Wilfred N’Didi sat in at centre half in his absence for a while until Jonn Evans came on.

Something wasn’t right, something looked off colour or lacking, I can’t put my finger on it, maybe an off day, they are allowed.

Bournemouth for a fourth in the 81st, a simple cut back from Fraser who was unplayable in the game, Smith slotted it into the bottom corner. 4-0 and City down to 10 men.

Puel’s men certainly salvaged some pride with a penalty, Ricardo fouled and Maddison the scorer in the 88th.

Marc Albrighton headed The Foxes a second just 60 seconds later from Iheanacho’s cross to make it 4-2 heading into the last minute.

It took us 4:15hrs to get to The Vitality Stadium. I started the drive and Owynn did the rest. The lad drives as though he’s nicked it with Matt Piper and I both complaining of travel sickness as we snaked past Sailsbury on the way to the south coast, he was told by us both to relax on the brakes, and speed.

Also, Pipes had an apple juice to drink during the game, apple juice, an interesting selection I thought. Apple juice.