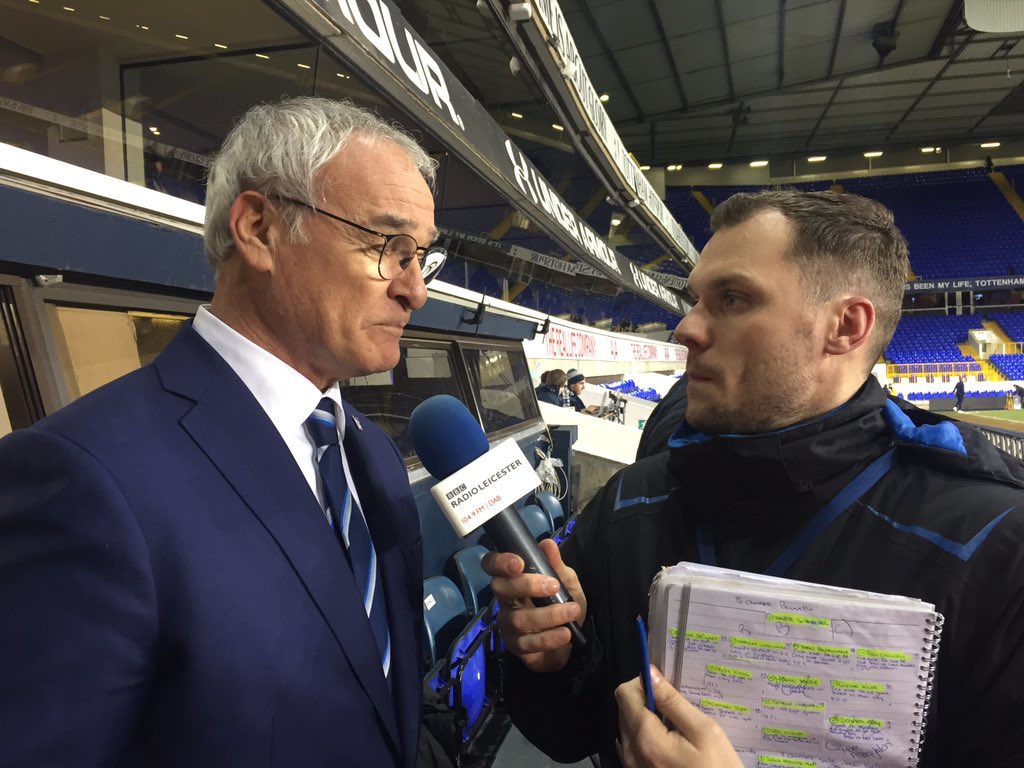 In 2015/2016 I commentated on every game of the historic Leicester City Premier League winning campaign, this role increased in its level of worldwide delivery and focus as the story grew in magnitude.

From calling all of The Vardy 11, Hazard’s equaliser at Stamford Bridge which clinched the title, to being in the procession during the victory parade, I covered every moment of that giant story, leading to a ‘Highly Commended’ award from the Sports Journalists’ Association in 2016.

I have Champions League interview, package making and commentary experience. Home and away, from the draw to the quarter finals, I have covered football at the very top of European competition for radio, TV and on-line.

I have been reporting on live Sport for the BBC for 15 years and have broadcast in excess 600 live football games, all on location as outside broadcasts.

I report on every Leicester City game in the English Premier League on BBC Radio; locally, nationally and internationally, dealing with the focus which comes with such high profile encounters.

I have called games, made packages and crafted content all around the world; from Sweden to Japan, Vienna to Bangkok Los Angeles to Hong Kong.

Examples of my work are available in the showreels  section although if you would like to experience a full commentary, package, TV report or entire programme then feel free to send me an e-mail – ian@ianstringer.co.uk

What do you think? Cancel reply