Khun Vichai, a hero of the city of Leicester 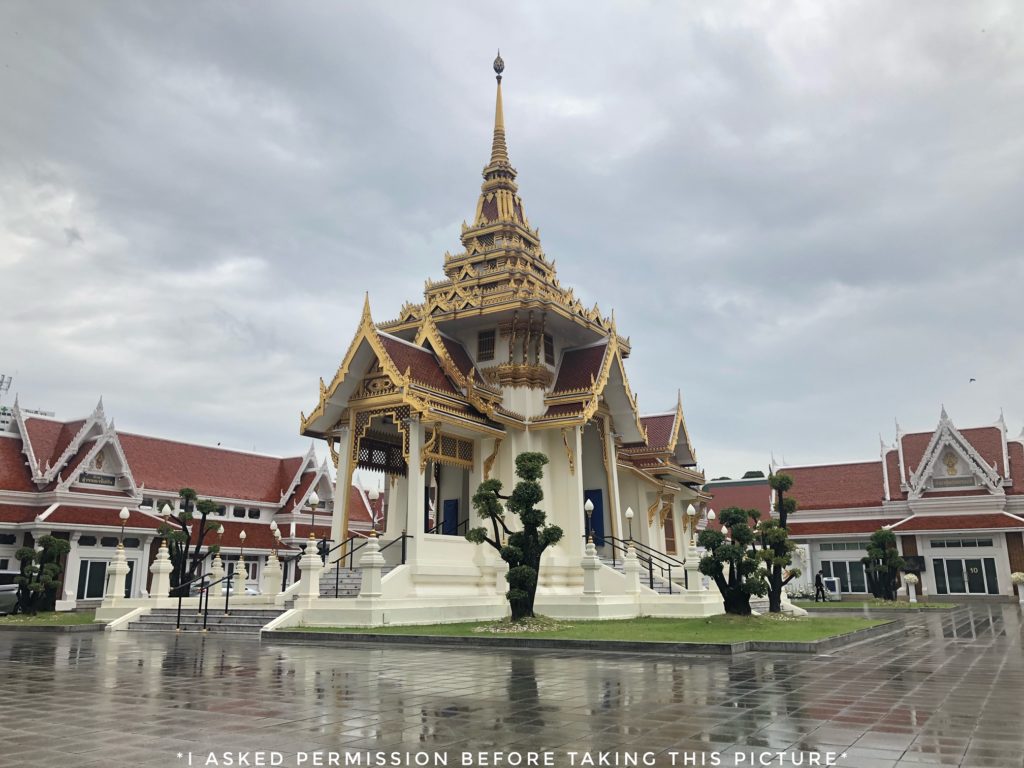 For a man who deserved everything for what he gave Leicester City Football Club, Khun Vichai has had a fitting send off both here in Thailand and in his second home, Leicester, location of the greatest sports story ever written, the 2015/16 Premier League champions.

I asked Khun Vichai one of the first questions at his takeover press conference in 2010 and I’m a boy of Leicester, now I’ve had the privilege of saying goodbye to a genuine hero of our city but my heart still aches and I think only time can heal it.

This has been a personal journey for me. One of grief and of saying goodbye to a man I saw an hour before his premature death in that tragic helicopter accident on a bitterly cold night on October 27th. Khun Vichai’s home executive box was, is, immediately over my right shoulder as I commentate on every Foxes game. During that draw with West Ham there was a lot of focus on the manager, his team selection and the electricity between the fans, manager and Chairman. My job is to observe, off the pitch as well as on it so I was checking my shoulder as much as Wilfred N’Didi in the middle of the park to try and read the Chairman’s body language and facial expressions that day.

Grief counselling has helped me realise that I’m allowed to grieve for somebody who may not have been a ‘friend’ or relative. The emotions the Srivaddhanaprabha family have injected into our veins in the 8 years they’ve been here are going to have been stirred when there’s a loss and that’s been the case for me. I had a front row seat for the miracle of 2015/2016. My son was born in the Leicester Royal Infirmary,  3 months before the title win, in the shadows of the stadium it’s that close, it’s the same hospital Khun Vichai donated £2m to. This is my hood too.

A lady with an orchid in her hair on my flight to Bangkok saw my ‘The Boss’ t-shirt which was handed out in the away end for The Foxes win against Cardiff last weekend (yes I wore one, yes it’s not the done thing and never in the 600 games I’ve covered Leicester City have I worn their colours and never will but for that game and this one against Burnley, I will show my pride for my city whilst being impartial on the radio) the lady told me on the way that Khun Vichai was her Uncle’s best friend, “nice man” she said “so sorry” as she put her praying hands to her forehead as a mark of respect. 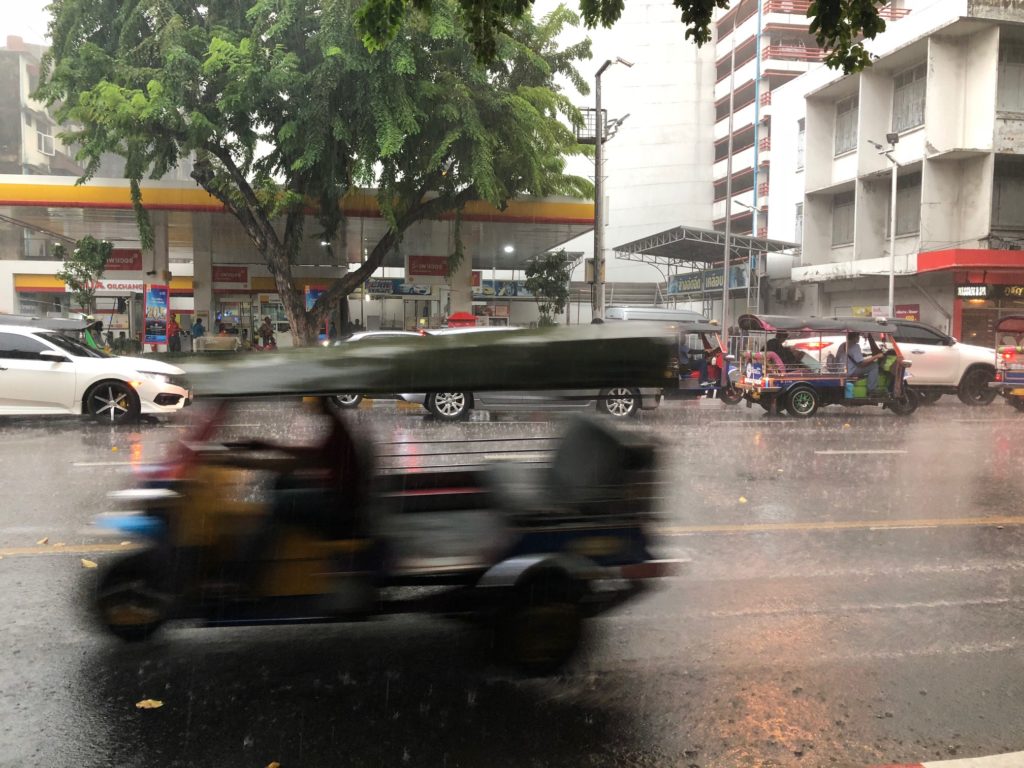 My Dad is in Thailand on holiday and told me a story of a local school in the south that didn’t have WiFi so they approach Khun Vichai to help which he did, he not only installed WiFi in the school but he bought them enough computers to allow the children to learn. Then he installed WiFi to every school in the district. The school still have a picture up of him to say thank you.

These aren’t Mario Balotelli type tales of somebody dressing up as Santa throwing £50 notes out of a sleigh in Manchester, these are from genuine people with no social media ‘like’ buttons to satisfy their thirst. Khun Vichai was a generous man.

This was a personal journey for me and I make no apologies.

When I arrived at the vast international airport in Bangkok, the first thing I saw was a King Power duty free outlet; top of the WiFi provider list on my phone as I tried to confirm I’d landed safely? King Power WiFi of course. Memories everywhere.

This is their home city, the foundation of their business, Khun Vichai’s legacy. He made the city I call home his own, the least I can do is spend a few days in his yard to say goodnight to a man who had the biggest influence on my career and life outside of my close family and friends. Vichai felt like a friend to everybody he came into contact with, he was kind and generous.

On the packed commuter filled early train from the international airport, we passed what looked like a large collection of temples. Pointed golden roofs, Thai statues and figures with gold leaf everywhere. It reminded me of the Royal Palace and a visit in 2010. I could take you to the exact piece of pristine clean pavement I interviewed Khun Vichai (one of the two occasions I interviewed him in 8 years), it was baking hot. Even under the parasol an assistant was holding, he was forced to wipe his brow. I was very aware I shouldn’t really be keeping a significant man in the sun for too long, I kept our chat brief and boy did he deliver. Khun Vichai didn’t say a lot but when he did, you listened. He was reserved in hinting at the level of investment he wanted to put into The Foxes, none of us, even him surely, knew he was going to deliver us the football world. Leicester City completed football in 2016 and he was the gamesmaster.

On Wednesday 7th November 2018 I wore black, of course I wore black. I wore black in case I had a chance of getting an opportunity to gain access to the temple which is housing one of the most iconic men in Leicester City Football Club’s history. I stood patiently behind a barrier. A member of King Power staff asked if they could help, I explained my link to Khun Vichai.

I’d arranged to speak to Emile Heskey after the evening’s private ceremony. As the monks drew out their final chant of the evening folk started to emerge with a Buddhist necklace on and long faces. Dozens of people behind the most perfect, gold gilded temple. They all wore black.

I was invited by King Power staff to see if I could see Khun Top, one of Khun Vichai’s sons, to send my condolences. I waited at the end of the pristine carpeted area, looking around me. Not a hair was out of place there, everybody looked immaculate, the floral fizz in the air as I neared the entrance will stay with me forever. The flowers were immaculate. It was classy and sophisticated, calm and serene in there whilst a strong feeling of collective grief filled the air.

It was a dizzying sensation being in there with all the grand gestures, His Highness the King of Thailand has gifted a special urn and sponsored the first section of the ceremony. This is a visual representation of the impact Khun Vichai had on everybody he touched. A large picture stood to the right of the urn of the former Leicester City Chairman, smiling. A senior member of Leicester City management spotted and helped me and led me down the aisle to allow me to pay my respects and maybe see Khun Top.

When I saw him I broke. I saw a son without a Dad. It struck a chord given the proximity to me losing my mother. He was grief stricken. He was managing the situation perfectly though, saying goodbye to those he needed to whilst holding court with me briefly and allowing his emotions to take control.

We spoke of his Dad “I’m so sorry Khun Top. I’m sorry because we’ve all lost a hero in the city but you’ve lost your Dad, your own hero” he spoke of the pride he had in the outpouring of emotion in the city of Leicester and how thankful he was to every person who has sent a message. He’s heard the well wishes and they mean a lot to him. I spent a couple of minutes in front of the magnificent gold urn, flowers and colourful ornamental fans; some of the most prestigious monks in the world flanking me to my right. I looked up at the picture of Khun Vichai and said “thank you for making everybody in the city’s dreams come true, you delivered what we daren’t dream. We miss you. Many people have asked me to say goodbye. Goodnight Mr Chairman” and I turned to Top to say goodbye.

Buddhists don’t believe this is goodbye. They believe he lives on and I like to believe that too. Khun Vichai’s body will lay in state for at least 100 days before he’s cremated.

I told Khun Top it was going to be an incredible day on Saturday and he’d be shown eyes full of Love when he walked out to sit on whichever seat he chooses in the Directors Box – he used to sit next to his Dad at the football as so many of us used to and do, that seat won’t have his Dad in for the game against Burnley. I wished him well and thanked him for allowing me in “thank you for coming so far to see him” he said. “He came to the city I call home every other week to watch the team, the least I could do was to come here and say goodbye” he nodded in approval. I shook his hand, bowed my head and grabbed his left bicep with my left hand, looked into his eyes and said “Good luck Top, everyone of us are right behind you” he looked back at me and nodded. He knows. He appreciates it and will show that as best he can.

I feel like I’ve said goodbye but my heart still aches. 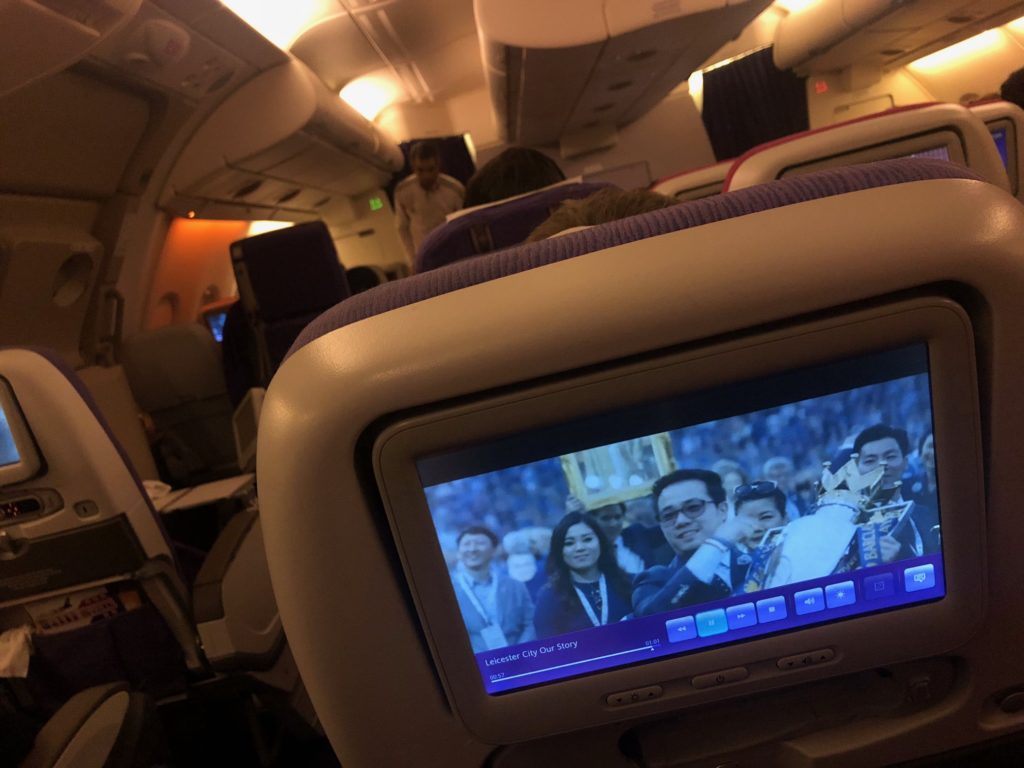