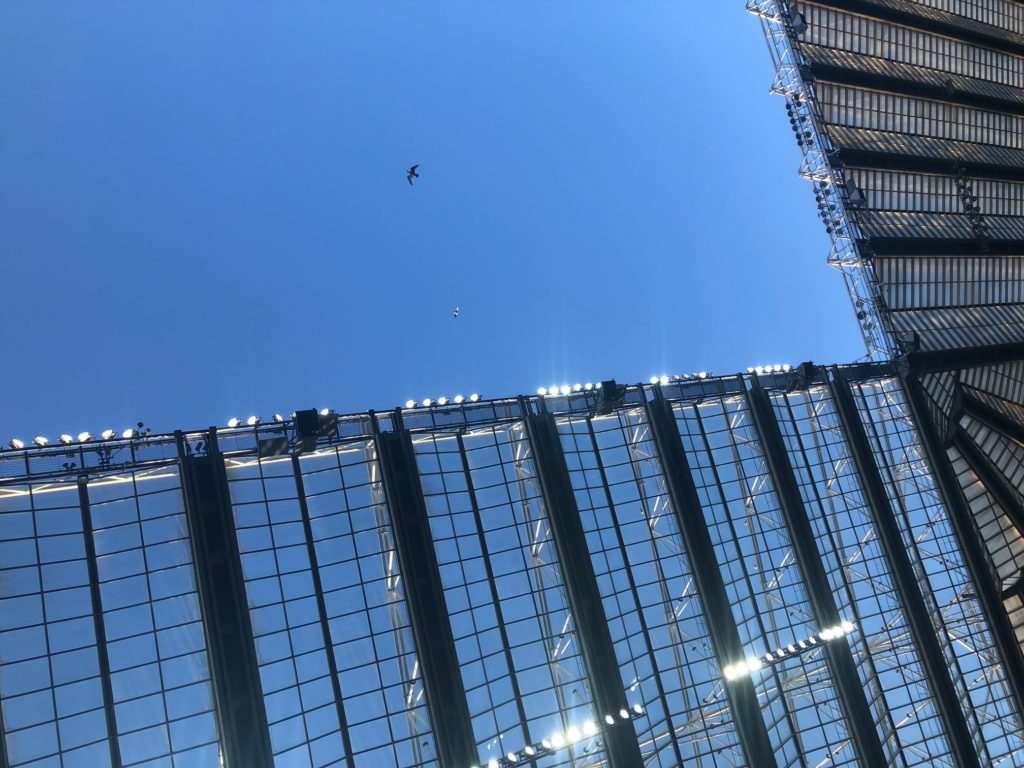 Matt Piper’s 37th birthday and Owynn’s first big ground and what a privilege to witness his awed smile.

The 4-2 defeat against Bournemouth last time The Foxes were on their travels was still hanging over the club ahead of this one and needed a good firm plaster to aid the recovery; and a flight to the north east rather than the drive the club allegedly took which was reported to have upset some of the players given it took 5 hours.

Newcastle were poor, really poor, but, yet again, The Foxes allowed them chances. The defence seems almost there but when exposed to pace it’s in pieces. Had Mo Diame guided his free header on target in the 22nd minute from an Atsu left wing cross then Claude’s charges would have gone behind in a game yet again. That after Harry Maguire came to the rescue with the best timed tackle I’ve seen this season, Joselu was in on goal and in the 6 yard box (or close to it) and Maguire took ball, man, the lot and with a dose of aggression in there too, Leicester fans in the gods loved it, the locals were praying for a penalty, no chance.

Newcastle owner Mike Ashley had turned up to a game for the first time in 16 months amidst protests from the St James’ faithful who want the billionaire out (there was even some timely take over talk in the media in the morning, on the day he was coming back for a game……………hmmmmmm call my a cynic)

Leicester took the lead on the half hour when Maguire’s shot was handballed by Yedlin, an unnecessary one, Jamie Vardy stepped up and buried it into the bottom left hand corner, a precise finish.

Maguire added to his fantasy football points for the day with a goal, a towering – unmarked – header in the 73rd from a Maddison corner to secure the points. His superman ‘hands on his hips’ pose to celebrate was a good one although the locals in front of him didn’t see the funny side.

So in 7 days The Foxes had beaten Huddersfield at home, Wolves away in the League Cup (penalties) and Newcastle away, flawless and boy did Puel need it, he seemed relieved after the win against Newcastle but warned his players not to return from an international break in the manner they did against Bournemouth. There’s an international break after the Everton home game.

St James’ is a wonderful ground to report from. The best commentary view in the league, 20 or so rows back, close to the halfway line, a bit of space on the desk, that’s all we need really.

Owynn loved it. He looked around pre-match and heard The Blaydon Races blaring out from The Gallowgate End and seemed to realise that at the age of 22, he’s got his perfect job. I enjoyed watching him soak it in. He walked into our reception when he was 11 and told me he’d have my job one day, I enjoyed that attitude actually and revel in his success in his own right theses days, he’s a good lad and willing to learn.

I enjoyed that almost as much as I enjoyed Gerry Taggart in the press room pre-match “Stringy I fancy another chicken breast so I do” me “go and get one then Gerald” “reckon they’ll give it to me take away?” “of course” 2 minutes later he walked past with a warm chicken breast, gravy flowing from the end, wrapped in a serviette. His massive grin as he strode past “got one Stringy lad” and off he went. Love the old characters, the make pre-match brilliant.