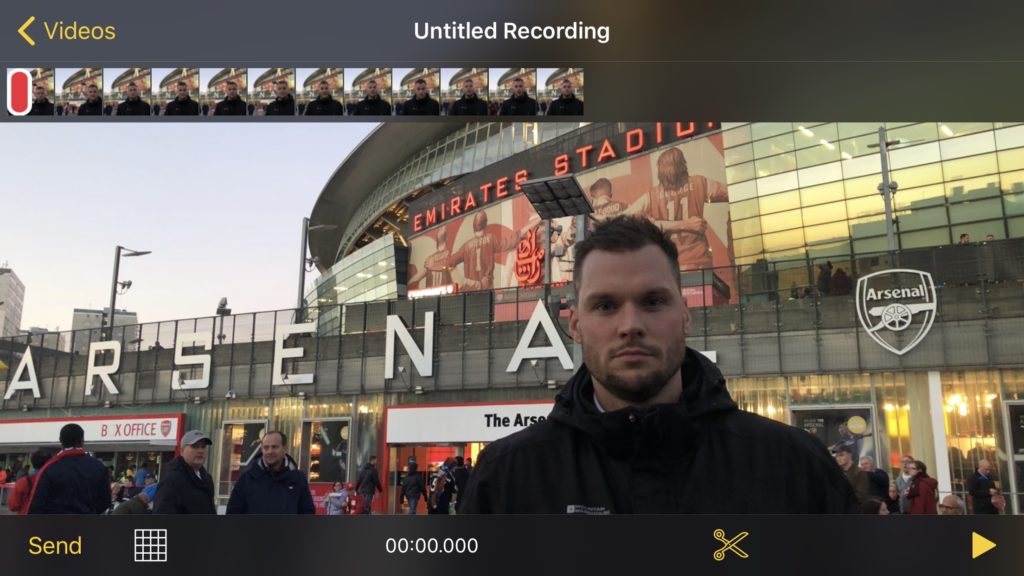 Well this was yet another strange trip to the capital, where The Foxes have now not won in 8 games, and, the horrendous run against The Gunners continues; they’ve lost 12 in a row in the Premier League at ‘Arsenal’

A late Monday night kick off and the place is buzzing at that time, I love London when it’s like that, sunset, that sooty smell in the air, perfect.

They were without Wes Morgan who served the first of his two game suspension.

Claude’s charges flew out of the traps, closing down and giving Arsenal no time on the ball, I’d go as far as to say it was the best first half of football  of the season so far but the game turned on a vital moment before any of the goals.

Rob Holding, already on a yellow, clayier handled the ball when jumping in 18 yard box which should have resulted in a penalty and red card but referee Kananagh missed the incident – even though pictures showed he had a clear view from 5 yards away – and play continued.

Leicester took the lead just after the half hour mark, Ben Chilwell received the ball from N’Didi and his first touch was majestic, out of his feet and into the bottom corner, via Bellerin who was given the goal as an OG, harsh I thought.

The home side leveled at the toughest time, right on half tie. Ozil pushed the ball to Bellerin on the right wing, be played it back into the German’s stride who’s shot hit the post on it’s way in and it was all square at half time.

After the research Arsenal pushed hard and had Leicester on the back foot for most of the half.

Pierre Emerick Aubameyang came on as a substitute and had two goals before he could blink and both in similar circumstances, Ozil and Bellerin involved for that typical flowing Gunners style to kill the game, I had to admire the efforts, quality goals that few sides would have been able to defend.

Jamie Vardy left the field three minutes before the end looking ill, no sign of an injury and it turns out he had a stomach problem, he didn’t return onto the pitch and The Foxes were playing with ten men as they’d used all their substitutes.

Pipes returned from a holiday in Orlando for the game, struggled to park the car, dumped it on a street and got away with it, he also got the closest he ever has to Ian Wright; the the media room pre-match, he was really star struck, I daren’t tell him WRight was sat three seats across from him all match.