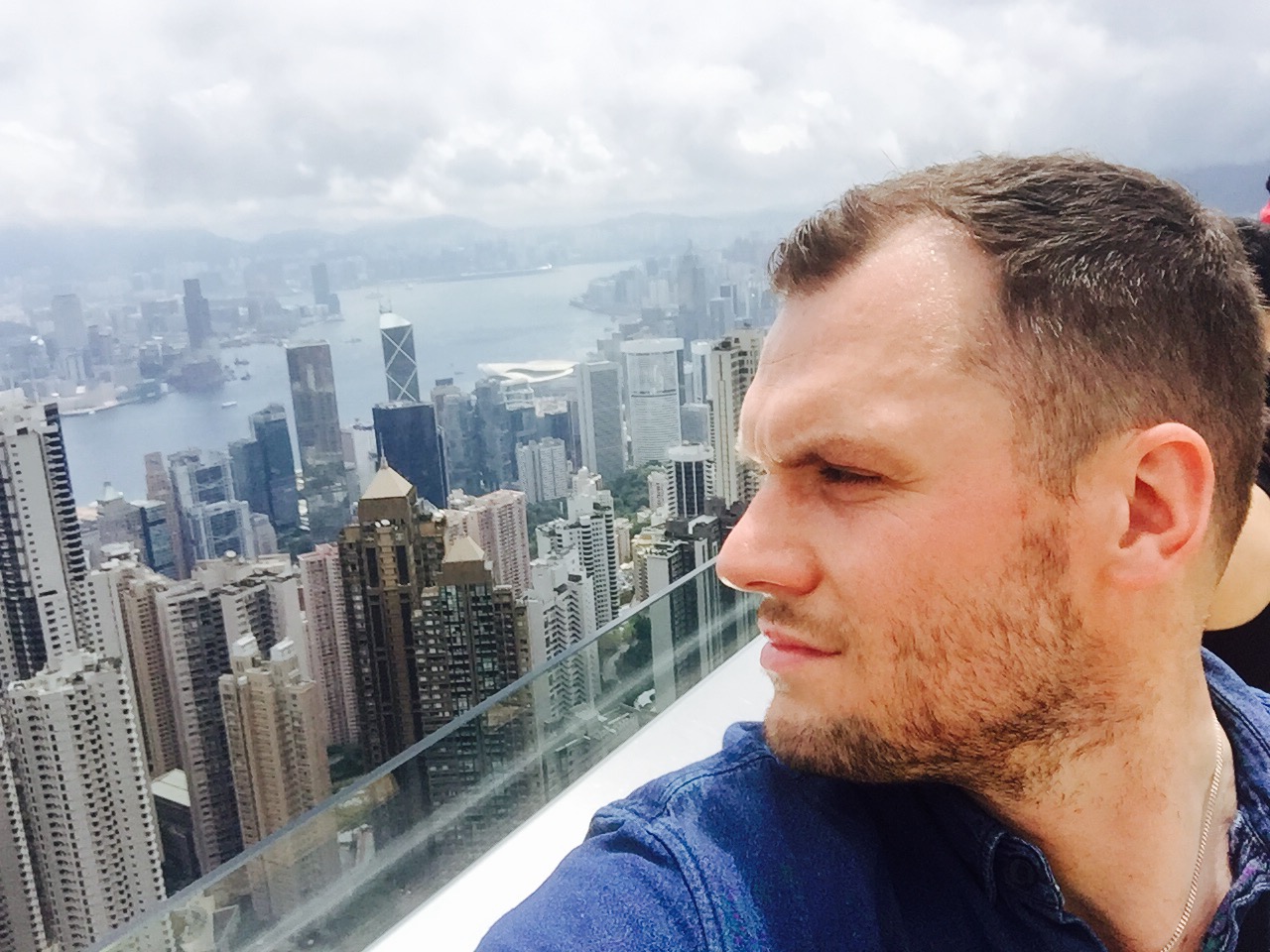 From flooded roads and aquplaning taxis on Monday, to sunburn and cityscape views on Wednesday, Hong Kong has been a whirlwind so far.

The BBC have invested in me to deliver content to 7 different outlets – although it’s turned into more than that thanks to Liverpool manager Jurgen Klopp – whilst covering The Premier League Asia Trophy, which has been a glorious challenge, befitting given the hectic nature of this Asian brute of a city. The venue for The Premier League Asia Trophy 2017.

They say ‘go bonkers in Honkers’ and boy has this trip been all go so far.

Without offering a blow by blow commentary, here’s the score (and I’m not helping myself by putting a landscape picture of me seemingly relaxing on top of a sky scraper am I) – it’s 90% work and 10% relaxing. I’ve found that whilst travelling around the world with the BBC, you do about twice as many hours than when in the newsroom on a normal day, understandable and it goes with the job. I don’t want sympathy. When called upon by any BBC outlet, it’s my job to serve them (I’ve just filed a piece for BBC Humberside after they asked for some background on Ahmed Musa who has been linked with a move to Hull City on loan I believe)

I have recently been trained on how to use a broadcast camera for TV transmission. Iris, manual focus, white balance and F stops were all planted into my memory bank in Nottingham some weeks ago; put into practice at The Grand Hyatt Hotel (where the teams are staying, not me before you check the prices) on Tuesday morning. So during the press conference I have to record the audio of all four managers, film and record the audio from all four managers for TV, have my questions clear in my head, file them back as quickly as possible (as the managers are lined up to come in one after the other) and tweet quotes/news lines as quickly as possible. That’s after carrying 30kgs of kit across the humid city – at arrivals on Monday I had a 25kgs rucksack on my back, a 20kgs rucksack on my front, a tripod bag and a 19kgs suitcase, haha, I loved it. I need the workout.

It’s my work and I thrive on that sort of pressure. Calling the sports desks of Merseyside, WM, London and Leicester with news lines and audio files. Getting hold of Five Live to send them the audio (and be told “you’ve held up the Five Live sports desk on your own this morning with all this audio mate, thank you”) sending video files back via a new piece of software I was given a crash course on. Changing WiFi to my contingency because the press are sucking the life out of it to file their own content. It’s great. It’s football. I’m in Hong Kong, talking football and being paid. Lucky lucky boy.

So the skyscraper picture. I wanted to film a Facebook live for the BBC Radio Leicester account with a decent backdrop when the torrential rain stopped, so I chose that location, Victoria Peak.

I also recorded an audio piece up there with a Manchester City fan I bumped into for BBC Radio Leicester. Until you’ve experienced foreign travel within the media, you’re not aware of the Tasmanian devil that rips through your workload and sleep pattern for the duration. Well that’s if you take as much pride in getting as much quality content to air as possible. Be efficient, record quality for the appropriate audience when you can. When the 90% work is done, I’m allowed to enjoy the 10% of downtime aren’t I? Matchday is the biggest test. The technicals. Ask anybody who’s worked with me and they’ll say a few things; he’s loud, passionate and is obsessive about the technicals.

Is there an ISDN line? No. What’s the alternative? What’s the contingency (because you ALWAYS need one in this game, without being able to broadcast you’re useless so have a contingency way of broadcasting). How will the weather conditions affect your work? What permissions do you have? What’s your priority? It’s something you can’t learn quickly, it takes experience and the broadcasts from Thailand, LA, Sweden, Holland, Spain, Denmark etc etc all help. As well as good working relationships with the key people. I have to say Leicester City Football Club have been really kind to me and thoroughly professional as you’d expect. They go out of their way to look after the local media in Leicester. Thank you (ass kisser).

I had four teams to cover for TV and radio at the Hong Kong International Stadium with a long walk up and down the stairs in stifling conditions, I was sweating like I’d just have an hour of yoga. The locals were great at looking after us, it’s the simple things, a constant supply of water for me. Somebody else’s kit is struggling, can I lend them mine and and use my contingency? Yes, then do it, it’s nice to be nice, even if they’re a ‘rival’ broadcaster. 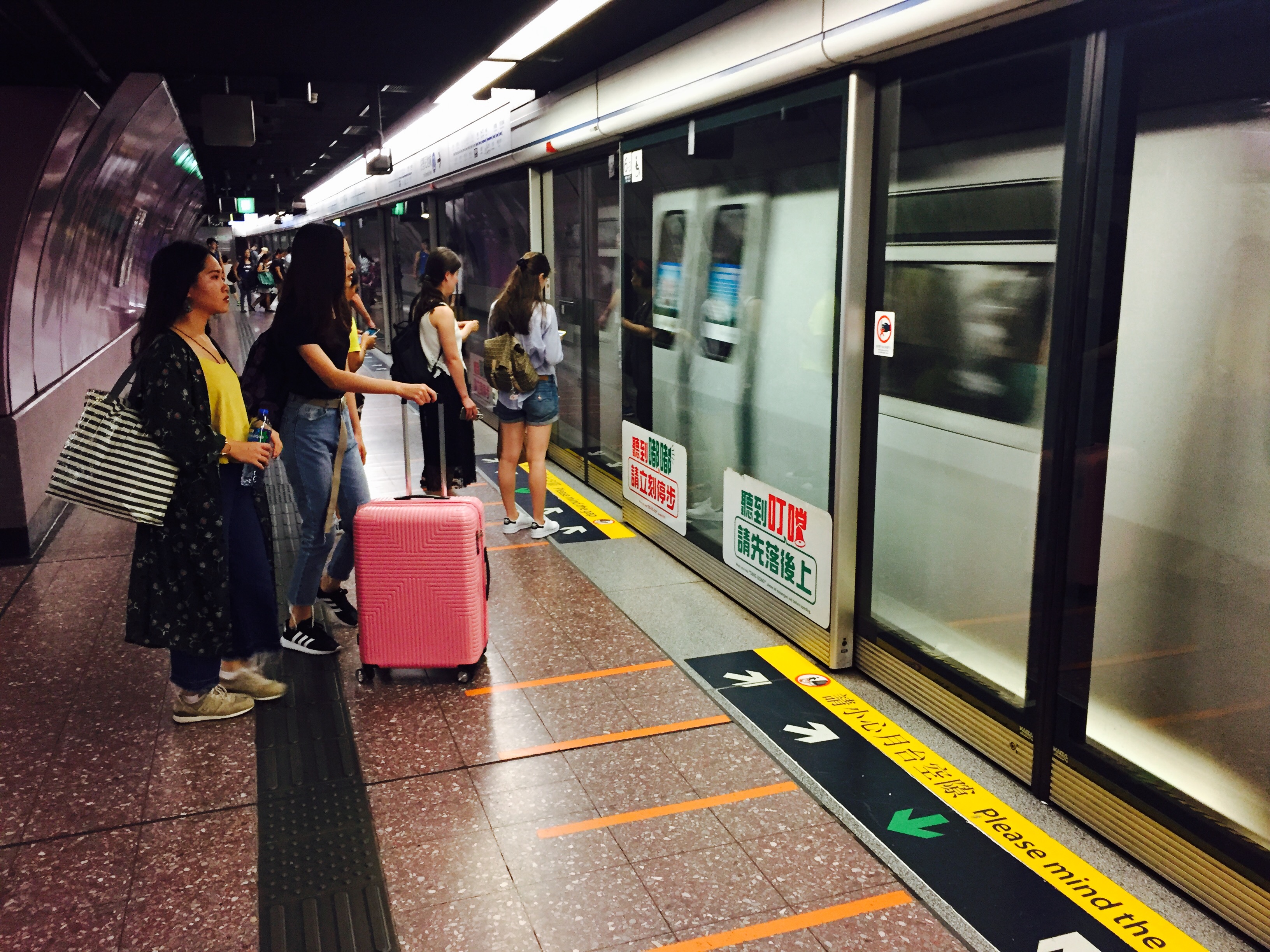 It all went well in the end and I hit the sack at 1am with the second of my TV pieces going to air on BBC East Midlands Today with a well done text from the gaffer, happy days (thanks to the unnamed friend who helped me massively with the filming at silly o’clock locally, it’s nice to be nice)

So. I have a day off. 12 hour flight, 1 live programme (at 1am), 8 press conferences (including Jurgen Klopp and I having a face off, he loved it in fairness and when I saw him next he smiled and said “ah, hello again Ian” – he’s a really nice guy I have to say and takes things in the spirit they are; it’s football. Incidentally Match of the Day ran the Klopp clip on their Facebook page and it was very popular, camera training worked then, well done for doing your job Ian) two games and 15 live or pre-recorded updates, 2 TV pieces and numerous social media videos and posts.

I’m going to see some of Hong Kong with Rob Tanner from the Leicester Mercury, just as I might go for a walk through Humberstone Gate at lunch in Leicester. Don’t kill me, I’m not having a jolly-up, I’m not drinking all day and night (I don’t drink anyways so fear not, lime and soda please barman) but if I’m spotted with a soft drink on a rooftop bar, allow me some slack and I promise you I’m doing my best to serve as many people as I can whilst out here in Hong Kong. My point is, yes it’s great being here and I LOVE it but I don’t just rock up for a matchday and crack on, that’s the tip of the iceberg. It isn’t cocktail parties and champagne darling, more taxis, walking, carrying, stressing and gathering the content required. Thank goodness the rain has stopped by the way, it knows how to rain out here. I love my job, thank you to the BBC for trusting in me and investing in me to deliver content to such vast audiences domestically and internationally.

Luton on Wednesday, don’t see me going for a walk around Bury Park though.